Are You the New Guy from Purdue: Part 3

Are You the New Guy from Purdue:  Part 3

I got great experience during my internship at The Ohio State University. It was there that I really fell in love with surgery. I got to work on all types of horses. I was the veterinarian now. I had the privilege to work with some of the best surgeons and medicine doctors in the country. About four months into my internship I decided that I was going to apply for a surgery residency. I decided that I was only going to apply to a few schools and if that did not work then I would hit the road and visit every school that was offering one the next year. I called Purdue to come back and interview there. I was initially told no need to apply because they did not take back their own. Purdue was not big on inbreeding. I really wanted to go back there and learn from the people that I respected the most. With open arms they welcomed me back for an interview. The interview went well, but I just had the feeling in the back of my mind that they did not take back their own.

In March 2002 I got a phone call from Jan Hawkins (another very influential person in my life) saying welcome back to Purdue University. I was going back to Purdue to complete my surgery residency. 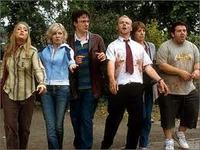 My surgery residency was everything that I thought it would be; long painful days of no sleep and long surgeries. The longest time I ever stayed awake was 56.5 hours straight. I was a walking zombie. On the drive home I fell asleep at a stop light. A kind gentleman walked up to my window knocked on it and told me the light had changed to green. By the time I had realized I was asleep and that someone had just woke me up, I missed the light for another cycle.

My first year of my residency was figuring out the ins and outs of each doctor that I had to work with. They all do things different. One doctor wanted needle attached when giving injections, one wanted needles up and attached, and another one wanted needle unattached and down. However, my favorite doctor said, "Give it however you can to get the drug into the horse with no problems!"

My second year of my residency was now trying to prep myself for doing surgery on my own. In the third year of a residency you are the senior resident. You have primary case responsibility. During the second year you still have to work on emergency duty with a senior clinician. But during your third year, you were the one that the first and second year residents would call for emergency surgery. I dreaded third year, but I knew I had to do it. The second year went by faster than the first.

One of my favorite surgeries during my second year was a cesarean section on a shorthorn 1st calf heifer. I had never done one on my own and frankly had never even taken the lead role in one. Dr Adams was my scheduled senior clinician. Everyone in the hospital including everyone in a three county radius knew that Dr Adams did not like c-sections. He would do them if he had to, but grumbled the entire time. He would tell us tissue is tissue and surgery is surgery. Not only did he not like them that night he was adamant that he was not going to assist me. He told me various reasons why he was not going to help, but the one that stuck was, "Ryan, this is an entry level type surgery. We expect our students to be able to do these when they graduate from here." So I strapped my big boy pants on and off to surgery I went. Not only was it my first c-section by myself, I got to do a belly button resection on a one hour old calf because the calf's intestines came through the belly button when it stood up. I got the 2 for 1 surgery that evening. I had never dealt with this in a calf before, but I remembered what Dr Adams had told me earlier and off to surgery I went.

Later during my second year I had a run of c-sections in first calf heifers. Most of these were shorthorns, but there were a few crazy Angus and a few crossbreds. One that really sticks out was a crossbred heifer that had a breech calf. This heifer wanted to kill me and she was going to do everything in her power to accomplish that. After the c-section we opened a bunch of gates and stall doors and let her run into a stall. Within 1 hour she had broke out of three stalls and was on her way to hurting everyone in the hospital. I called the owner and told him she was ready to go home and that we couldn't work with her. I also informed him that he probably should send her to market because we could not work with her and he probably would be unable to as well. To jump a little bit ahead into my third year; he brought her back the next year for another c-section. I almost cried.

My third year came a lot faster than I was prepared for. My very first weekend on call, I had four colon torsions in brood mares. I took all four to surgery. All four we had to euthanize. I had a terrible weekend. But after cutting four straight colic's, I had the confidence that I needed to be on my own. The confidence continued to grow as more and more emergencies continued to come in. One surgery that really humbled me and reminded me that we were dealing with biological tissue that doesn't read books was a colic that I cut for a good friend. He brought me his very good stallion. I diagnosed a surgical colic and took him to surgery. The surgery went great! I came out of surgery high fiving everyone and bragging how fast we got surgery done. We got a colic done in 55 minutes start to finish. That was good. A few days later the complications started occurring. First it was a simple one, then another, and so on. A month later it was another. This horse was not following the book. It reminded me that just because we think everything is going to go well, the horse is a living creature and IT tells us what is going to happen. I use this story with all my clients even today. Just because everything goes perfect at the time of surgery, they don't always read the book.