Are You the New Guy from Purdue: Part 2

Are You the New Guy from Purdue:  Part 2

My very first day in the vet school as an official veterinary student began on a Friday night.  We had orientation in the big, intimidating lecture hall.  All of my classmates were there.  They, being the vet school, had somehow goofed and accepted 72 students instead of the standard 60.  It did not matter that I was an alternate because now I was on the same playing field as everyone else in the room.  We spent a few minutes meeting everyone in the room.  There were people with only 2 years of undergrad, people with bachelor degrees, and people with master degrees.  Heck I had a classmate who was an attorney.  But the one thing that we all had in common was that we all wanted to be veterinarians.

The following Monday morning, classes started at 7:30am.  We had anatomy lecture.  A very short, strong accented woman waddled to the front of the room and started to speak about neuroanatomy.  My heart rate started to race, I was starting to panic.  I had never heard these kinds of words in undergrad.  It thankfully only lasted 50 minutes.  Later in the day we had physiology.  The first subject we covered was cardiac physiology.  It was taught by an ex-professional wrestler who was also a veterinarian.  A very large, strong man, who intimidated you just by talking, was starring at us from the front of the room.  He carried a broken radio antenna as a pointer to illustrate principles on the chalk board.  I was one of the first to ask a question as he was breezing through what he considered basic cardiac physiology.  As I asked my question, which I truthfully cannot remember, he smacked his antenna on the chalk board and said… 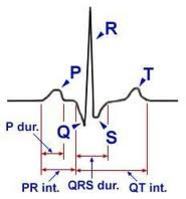 ”People, this is basic undergrad education!  If you do not understand it, go back and learn it.  I am not going to discuss it any further!”

I was done!  I had signed on for the long haul, but I was done.  I had spent the first day and had never heard of anything we talked about.  Then it dawned on me, everyone minus the few master’s degree students were probably in the same boat.  I had to stick it out.

The first two years of vet school were covering the normals and the not so normals of veterinary medicine.  The second year was the abnormal –ologies.  Pathology, virology, microbiology, toxicology....  I was once told if you made it through second year, you were going to be a veterinarian because it got no harder. 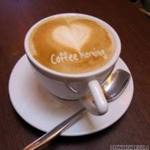 My routine was going to bed at 11:00pm and getting up at 3:00am, studying by 4:00am.  Most mornings, I was at the vet school by 5:00am studying in the library or a small, quiet, obscure place in the building.  I was bound and determined to pass second year.  Second year came a little easier than I expected, but it did one thing, it taught me studying habits that got me through the rest of vet school and through my surgery residency.

The third year of vet school is the first time where one actually gets to start tracking towards the discipline they want to pursue as a veterinarian.  As my classmates were mostly going towards small animal, some towards equine, and a fair amount towards mixed, I made up my mind.  I was going to be a large animal veterinarian or I was going to flip McDonald’s hamburgers.  Third year was fun.  It was finally the classes that taught you how to fix the problems that we learned to recognize and diagnose the prior two years.

I really enjoyed ophthalmology (eyes).  I really considered becoming a large animal ophthalmologist.  There was only one problem, I was a future one eyed doc.  Most of the ophtho- equipment required both eyes.  I had only the use of one eye.  I went to speak to one of the board certified ophthomologist about my interest and potential problem.  She pointed me towards another one eyed doc who was a practicing successful ophthalmologist and said contact him.  I was super excited that I possibly had found my true calling.  When we started scheduling for fourth year clinics I went to talk to our ophthalmologist about what I needed to do in my fourth year.  They really pushed me to track small animal so that I could spend more time in ophthalmology.  They said there was no way I would get enough experience just tracking large animal to get an ophtho residency.  This is where my love for eyes died.  As I said in the paragraph above, I would flip McDonald’s hamburgers before I would work on a small animal.  For the first time in my veterinary career I thought I would just be a general practice doctor.

Fourth year was the real deal, finally working on the actual animals and learning how to be a real veterinarian.   It was scary, we had to work with a group of doctors who were going to challenge us and question us, but mostly trust us to take care of their cases.  During my fourth year I had the privilege to work with Dr. Ron Conley for seven and half weeks for my veterinary externship.  The very first day I met Dr Conley I showed up at his practice dressed in a dress shirt and tie.  He took one look at me and said I hope you brought work clothes.  He then said go out to the barn and palpate the mare that’s in the stocks and tell me what’s wrong with her.  She had a giant cantaloupe size ovarian tumor on the left side of her abdomen.  He asked me what I wanted to do about it.  Confidently I said take it out.  His only response was, “How?”  I told him that no tumor that big was going to come out through the flank, it had to come out of the bottom of her abdomen.  He said great, let’s do it now.   I was amazed that we were going to lay down this mare in a barn stall, make an incision into an abdomen, and take out this tumor that day.  What I did not know was that I was going to do it.  He had to run anesthesia.  Now he did not just run anesthesia, he did help take the tumor out.  I spent the next seven and half weeks thinking how cool it was to do surgery.  I really enjoyed surgery!

After my time with Dr. Conley, I had the privilege to travel around Indiana interviewing potential employers.  The problem I kept running in too was that most employers wanted to pay somewhere between $35,000 and $37,000.  I knew that wasn’t going to fly with all of my student loans.  I started to remember all of the fun I had doing surgery and that I really enjoyed taking that ovarian tumor out.  Shortly after that I applied for an internship at The Ohio State University for an ambulatory internship with rotations in the hospital.  I was going to be a surgeon.

The rest of my senior year was uneventful.  We finished clinics up in May and I was privileged to graduate with 65 other veterinary students in the Purdue University School of Veterinary Medicine Class of 2001.

I wanted to end this section of my life with a quote from one of the most influential people in my professional life at Purdue University, Dr. Steve Adams.  Dr. Adams was a Purdue lifer.  He had been there since 1972.  He was a man full of knowledge and always willing to give you his opinion.  I asked him to sign a book that he had written with Dr. Fessler (another very influential man) before I left for Ohio.  He obliged and this is an excerpt that he wrote on the front page… 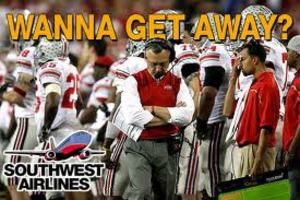 “I am confident you will have a productive career and you are certainly getting off to a good start with your internship at “The Ohio State University.”  I do want to remind you however, that a “buckeye” is a hairless nut of no intrinsic value so you might want to continue to call yourself a Boilermaker.  “